Where Does the New Global Financial Banking System and Global Reset-Revaluation Stand?

I sent this in reply to an email I received today, so I thought it would be best to also post for others to see as well as it explains things clearer and all in one post…..

Hi David
I don’t think RV (Revaluation) quite yet, but not too far off….soon!

“…we are waiting for the date to begin the preliminaries that are to take place prior to bringing the new banking system on-line. This period will be swiftly followed by the formal announcement of this new global financial system, which by its very nature will create a situation that makes it impossible for the dark cabal to subsist. It is the subsequent new governments which will allow the prosperity funds to be delivered.”

“We are now allowed to explain to you that a new banking system is very close to manifesting. Major banks around your world are currently preparing for the implementation of numerous new rules. These regulations are to alter the operation of international transactions and to prepare for the series of announcements introducing a new hard-backed currency. The governments of your globe have been advised that an international version of N.E.S.A.R.A is to be implemented, and this will precipitate a rapid change in your global political systems”

“These changes can allow our sacred secret societies to begin to disburse the prosperity funds to the world.’

“The Cabal has become quite desperate.”

“You now have evidence of many bankers being arrested and forced to answer for their deeds, but it is not in your press or on your TV. Ask why this information is being kept from you. This is but one example of the control system that you have accepted until now. You deserve the truth. Take back your power. Together, you are unbeatable !”

“How many heard or saw the detonation? I know the folks that caught it were watching the money and business channels out here. The distractions in the media kept most from catching it. The whole system was technically, reset. Computers all around the world..banking computers. If you have a computer, you’ve most likely had to reboot..especially Microsoft based. Curiously enough, all was finalized at that moment. International legalities handled. A big fire won’t make This go away. Precisely where things are, I won’t say, I want nothing disturbed. I need that warm sand and sea, Now. Time to flush this puppy and move on.”

“UNITED STATES of America – It can now be reported that the IMF, the U.S. Inspector General, with the help of the Russian Federation and Vladimir Putin, have evidence linking financial terrorist and wanted criminal George Soros, U.S. Treasury Secretary Timothy Geithner, U.S. Federal Reserve Chairman Bernard Bernanke, Bank of America, along with HSBC Hong Kong, in operating a ponzi scheme, which involves the illegal money laundry of the Wanta-Reagan-Mitterrand Protocol Funds,…”

“These are some picture of the gold stores the Elites have stolen and hidden from the people of the world!!” 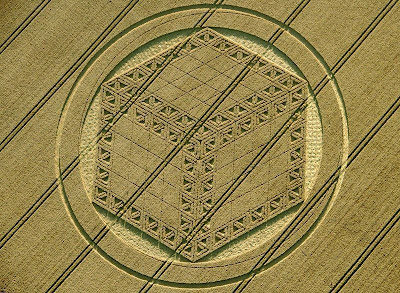 And immediate effects of the activation of the compression grid:

The collapse of the Euro will help bring about the new system.

Soon…I know we all dislike that word ‘soon’! lol
C

2 thoughts on “Where Does the New Global Financial Banking System and Global Reset – Revaluation Stand?”