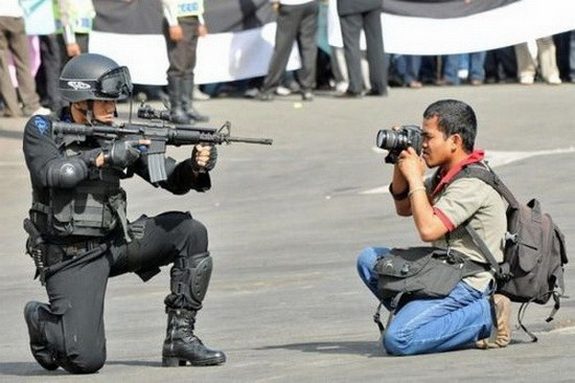 Erik Garcés ~ Civil War: This Illegitimate Government Is Trying To Prove One. Don’t Give It To Them

This illegitimate government is frightened. The fear is palpable to any who pay attention. Leviathan has knowingly painted itself into a corner with unsustainable policies. Among those who are clearly monitoring the machinations are the foreign governments around the globe who are dumping the dollar as fast as they can, or hoarding precious metals as a hedge against the mismanagement of the world’s reserve currency.

The mathematically unavoidable end of the paper dollar is near and as Chris Duane of the Son’s of Liberty Academy explains: “Things that can’t go on forever, won’t.”

We know as a matter of fact from publicly available information that the police state which is the US government, monitors and manipulates social medial such as Facebook. Despite the illegality of disinformation campaigns being conducted on citizens or on US soil, these activities are actually going on right now.

Friday we heard of a patriot and aware person, a former US Marine, has been arrested by a joint FBI / local police raid. The putative charges were based upon postings he made on Facebook concerning 9-11 truth and the privately owned Federal Reserve banking cartel issuing the public’s currency as debt serviced by income taxes, among others. I have read the man’s postings going back over months and nothing he had on his wall at least contrasted much from what I post myself.

He was not arrested for telling the truth.

This arrest has as its main purpose to create a chilling effect upon people like me. Those who see the matrix and are determined to expose it. But also to keep the sheeple from waking up. We’ve watched for months now as the government has criminalized or restricted our freedom of speech. Many times in my postings I have sounded the alarm about the criminals who operate this government and are planning for mass protests and a civil war. All of which they themselves are fully responsible for.

– The authorization for the Federal military to operate domestically in violation of the Posse Comitatus Act. Open violations of the Constitutional limitations on Federal power which were meant specifically to prevent just what is going on.

– The 2012 National Defense Authorization Act (NDAA) provides for the US military to detain our own citizens without trial for indefinite periods.

Two years ago I wouldn’t have said such a radical thing but there it is: the US government has gone rogue, no longer answering to the people and openly declaring war on its citizens. Today’s arrest of Brandon J Raub for his Facebook posts is not even the first shot in that war. Thus, I encourage anyone who reads this to be prepared. Indefinite imprisonment without trial or even death for dissenters makes fear understandable.

But FEAR is precisely what the government wants.

I do believe the original plan for a control system worked for the elites well during the 20th century. Understanding that societal manipulation occurs by the manufacture of consent and that ALL government is by consent of the governed, (no matter how the consent is generated, by coercion or violence) keen observers can see that the elites move populations in any direction they wish by means of fear. Fear of crime, fear of terrorism or fear of economic hardship.

With few tools left at their disposal, as the collapse of the banking system and the mathematically certain end of the paper dollar nears, this has forced the elite’s backs against the wall. Less and less fall for the false flag attacks and mind control plans; and the elites are running out of time.

The elite rarely stray from what works and when you carefully chart history in total rather than merely the propaganda that the state controlled schools feed our children, you can see the patterns and practices emerge from the jumbles of information. Connect the dots, the globalists are patient and have been working this “play book” for generations.

If we fail to recognize this then we are foolishly throwing away the one and only opportunity that fate has dealt us – the internet. Perhaps you can see now, the real goals of the SOPA, PIPA, and CISPA bills introduced during this Congress to restrict or control the internet.

This technological asset has made possible for the first time in human history, a mass awakening, and we MUST make use of it or we sentence our children to a thousand years of darkness. I am very, very encouraged to see so many begin to recognize that there exists a threat.

Understanding these two critical building blocks of everything we live with today, then we ought to see that EVERYTHING this government does is about maintaining or expanding its power. We’re conditioned from childhood that the government is all powerful and can take care of you. That resisting the government is futile and impossible. Anything it communicates to the public is therefore about one thing and one thing only: manufacturing consent.

If we know about the FEMA camps, massive government ammunition purchases, or the use of drones over American soil (all of which actually have legitimate and reasonable explanations) then it is only because the government WANTS US TO KNOW.

What we’re seeing is a psy-op. This news that’s constantly being disseminated is their naked fear showing. Having lost control of the flow of information due to the availability of alternative news sources online, the elites know that we know and they fear being held accountable for what they’ve done.

Dr. Cass Sunstein, of the White House Information Office, has as his publicly stated job to fight facts that undermine the government’s goals. This man is the co-author of a book titled “Nudge”, the subject of which is societal manipulation by psychological means, policy incentives and penalty. Ideas like his are all over this.

Desperate to lay the basis for the use of force in a civil war or at least generate some sort of domestic terror debate in the public sphere, we’ve witnessed the sudden and very public rise in mass shooting sprees with so many unanswered questions, like, the suspect’s connections to intelligence organizations. Again, its historical fact that this government has used false flag attacks to promote its agenda.

Time over, populations are typically given to tolerate a tremendous amount of tyranny. For millennia, despots the world over have been able to subjugate and abuse their people with impunity. Again history shows, there is usually one most frequent cause of the overthrow of a government: economic cataclysm followed by unbearable hardships which include starvation. Egypt’s as well as several other mass protests leading to the fall of a government in the Middle East were in large part a response to the incredible local prices of food. Communist guerillas around the world were taught this in the 20th century and worked diligently to destroy the economies of states under attack by Leftist insurgencies. Out of chaos… order.

If at once we can understand those two undeniable truths of life, and couple that with this knowledge and the awareness that armed citizens outnumber all military and police forces in the US by an incredible order of magnitude, and that the majority of those who serve are oath-keepers who will refuse unconscionable orders. Then add to that the realization that the US is not omnipotent, that the primitive people of Afghanistan have successfully resisted the US empire for a decade. That the drones can be avoided and the satellites can be met with countermeasures. Massive fire power can be evaded.

Then it ought to be quite evident why this illegitimate government is so scared of an outraged population.

We’re being fed this psy-op to convince us to stand down. To generate consent to martial law, to believe in it’s inevitability and our own impotence to do anything about it. And if that doesn’t work? They control the food.

Don’t give in to anger and fear, that provides the criminals in government the chaos they require. Deny it to them and fight them with facts. They fear your awareness, because they can’t control you without your consent. Educate as many as you can. This is how we defeat these monsters and what they fear most.