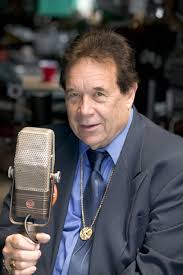 Dr. Bell died mysteriously on September 25th, 2011 of “natural causes” according to the coroner–just as whistleblowers say the other Death Ray victims supposedly did. Coincidence? Is this is your shadow government at work, folks? They are ruthless and will stop at nothing to keep their secrets and make a point…

Below is one of the most impressive biographies I’ve ever read.

Dr. Fred Bell was an extraordinary man who can possibly add his name to the list of people who sacrificed their life to bring truth and freedom to others.

Here is a short interview with Jesse Ventura about Dr. Bell’s death on Coast to Coast AM.

If you read the comments below the video at YouTube, you’ll see that Dr. Fred Bell is brother to Art Bell, considered founder and original host of Coast to Coast AM. Interesting connection… 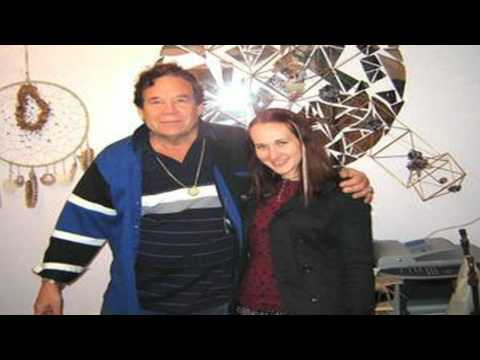 Dr. Fred Bell was born in Ann Arbor Michigan. His father was a scientist who worked with the late Henry Ford Sr. His great uncle from his father’s side, Alexander Graham Bell, was also a very well-known inventor, and on his mother’s side, a direct descendant of Ethan Allen. As a result of this strange genetic gene pool Dr. Bell has a tendency to be a revolutionist with wild and crazy ideas…a bit of an eclectic eccentric. His father Allan Bell, brought the London Bridge over from England and put it in the middle of an Arizona desert. Later he built a city with a pond around it, today called Havasu City.

Because of his strange heritage young Dr. Fred Bell was propelled into science at a very early age. At age 14, he was not only working at the University of Michigan on nuclear energy projects, but was also inducted into the U.S. government’s project called M. K. Ultra. This early mind control research covered such topics as past life regression, and the popular remote viewing used today by the CIA and other intelligence gathering factions worldwide. While working University of Michigan Dr. Bell had the privilege of working under the mentorship of Dr. Katz. Dr. Katz came over here, as an honored scientist, previously working for the 3rd Reich under Adolph Hitler. Wernher von Braun and Dr. Katz both were transferred here by the American government under an operation known as Operation Paperclip. While working for Dr. Katz in the Randolph Laboratory at the University of Michigan, Dr. Bell worked on a magnetic disintegration project later known as the Philadelphia Experiment, a high temperature fusion experiment, a bubble project later known as Cold Fusion, shock wave experimentation that led to the classification of high altitude nuclear blasts, underground nuclear blasts, nuclear explosions over water and nuclear explosions at ground level. In addition, Dr. Bell worked with the University of Michigan’s Cyclotron doing experimentation with the bombardment of nuclear particles and their collisions involving reverse time as observed in a Wilson Cloud Chamber. As a result of this, Dr. Bell built the World’s first time machine called the T-1 Time Travel Transposer that allows time travel into the future in increments of microseconds.

At 16 years of age he was interned at the United States Army Biological Weapons Division in Little Rock, Arkansas. On his 17th birthday, he was transferred into the United States Air Force. There he began working on highly classified projects, several involving early warning radar defense systems and the detection and tracking of extraterrestrial craft. He was one of the first to bring the awareness of the famed DDS Form 332 to public awareness. The DDS Form 332 was used by the military to report to the higher command of any unidentified aircraft activities. Once this report was processed in a strategic air command center (SAC), a computerized profile was run on the sighting and then a determination was made as to whether to scramble fighter aircraft for International Defence. While stationed at the 776 Radar Squadron at Point Arena, California, Dr. Bell filed the official complaint of a international government cover-up to the general public of extraterrestrial activity over American skies.

Later on in the United States of America, when people began to exercise their freedoms to previously classified information, it was discovered that the DDS Form 332 was used in fact by the U.S. Air Force to report internally to the government of the presence of extraterrestrials and their craft. Today Dr. Bell still works with the government when the need arises. Just prior to the catastrophe of 9/11, Dr. Bell was working with famed Dr. Steven Greer in de-compartmentalizing the various agencies that are working in concert with extraterrestrials, on such projects as advanced propulsion systems and star wars weaponry. This project was known as the Disclosure Project and was being presented to the United States Senate on the very day of 9/11.

After his tenure in the military, he worked in the private sector with North American Aviation, Autonetic and Rocketdyne, on projects such as Star Wars (the military version), laser development, Saturn Rocket second stage development, the Eyeglass Project (a subdivision of Star Wars), submarine and missile guidance systems, and finally the lunar lander project known as the Apollo missions. During this time he worked with Scott Crosfield, of the X. 15 fame and the late Wernher von Braun. Dr. Bell had the privilege of working inside of all the Apollo modules – during the late night shift Dr. Bell used to push all the buttons and play astronaut!

After he left his NASA related position, he went into the private sector and consulted to over 3000 companies on topics such as computer science, biological science, medical science, environmental testing, quality control, weaponry, aircraft research, advanced propulsion technologies, and a variety of other technical realities. Because of his vast background in instrumentation, his services were applicable almost anywhere worldwide.

He then left the defense sector and began studying with Himalayan Masters. During this time he became internationally known as a contactee to a Pleiadean group of extraterrestrial humanoids whom were here to help the people on earth save themselves from their own destructive tendencies. This group comes from a star system 500 light-years from earth. For this effort the Russian society of cosmonauts (astronauts), awarded Dr. Bell the distinguished scientific progress award.

Today Dr. Bell is a practicing naturopath, scientist and environmentalist, and political activist, and has been currently working worldwide with programs that include a proper conduct of school systems, autistic children, and other problems that develop and effect the growth factor of our young up-and-coming society. He spent 20 years with a National Health Federation, a U.S. based group that has promoted an individuals freedom, to choose the type of health-care, freedom to choose the various vitamins and minerals and dietary elements that best works for them. In addition, he has brought attention to various forms of world attrition, which have caused the formation of many oceanic and rain forest projects.

Dr. Bell invented the famed and patented Nuclear Receptor. One of his newest inventions, the Andromedan Holographic Projector, which allows the operator to manipulate space and time conditions. Dr. Bell has also written several books and been the subject of several others. The Promise, and a second book called The Fellowship, written by famed author Brad Steiger are written in German and Japanese languages and are selling well in America and oversees.

Dr. Bell has produced five musical albums with well known musicians such as Steven Halpern and George Winston, to name a few. Dr. Bell has currently developed holographic sound which puts in concert every cell and atom in the DNA helix. Another of his newest inventions, the X-1 Healing Machine, allows the human body to heal itself in a matter of seconds instead of taking several months. The concept of the X-1 Healing Machine was developed as an add-on to the original Depolaray Machine developed by Thomas Holson and Fred Hart in 1947. Dr. Bell is now working on his newest book entitled “The Inside Track”. This book is designed to “pull the lid off” of everything secret.